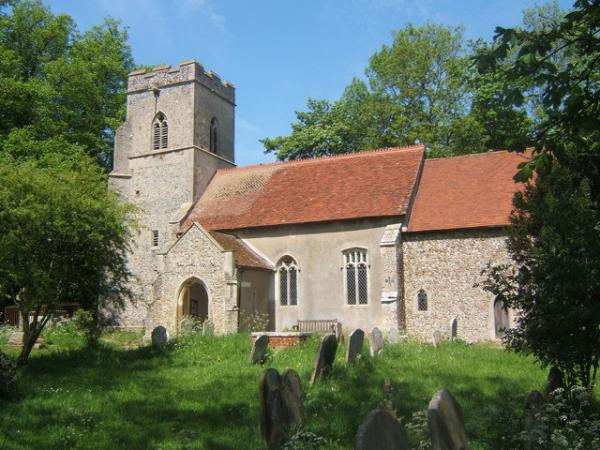 The church is about a mile by road to the south east of the village. It stands at the end of a no-through lane on a slightly elevated site, although it is not easily visible because of the trees that surround it. Only the Old Rectory to the east keeps it company.

There was a church here in 1086, when the Domesday Survey was compiled. Since that time people of different periods and Christian traditions have altered and beautified St Peter’s and have left their mark on the building we see today. The nave’s north doorway probably dates from the 12th century, as possibly does the core of the nave walls. Work of 1280-1310 may be seen in the chancel. The western tower was added later in the 14th century, whilst 14th and 15th century craftsmanship may be seen in the nave and porch. The church was largely rebuilt in 19th century by Edward Paske, who was rector for nearly 70 years.

The church is part of the benefice that includes Creeting St Mary and Earl Stonham.

Please contact the Webmaster if you have any facts/detail which can be included here pc.creetingstpeter@gmail.com